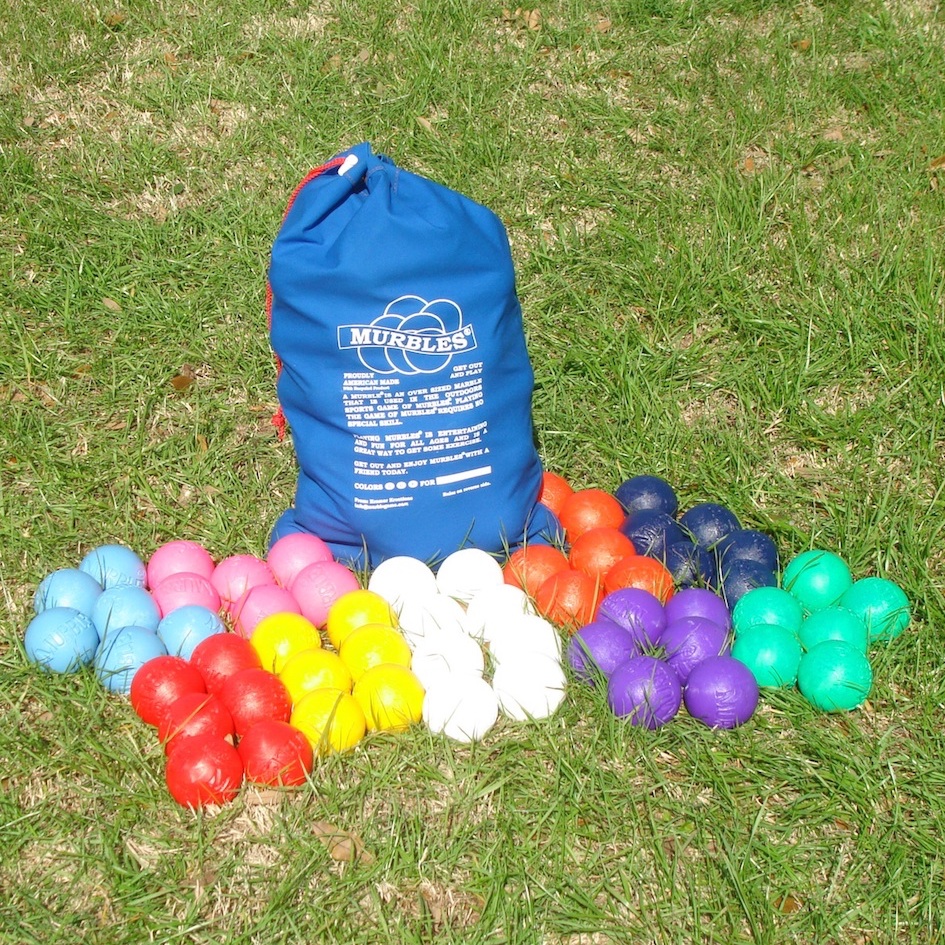 Games are a fun way to challenge our minds and escape from the constant mayhem of life. The best escape is one done with our friends and families. Like escape room games, Murbles are designed to be enjoyed by everyone – young and old alike. The excitement you get from these is unmatched, and you will undoubtedly have a fantastic game.

Murbles brings an easy-to-learn form of entertainment. It is such a fantastic outdoor activity you can enjoy, offering thrill and excitement for everyone during their outings. Its easy setup makes it convenient to play anywhere – camping, picnic, on the beach, and anywhere!

Moreover, this game is designed and manufactured in the USA using top-quality materials. You won’t have to worry about your Murbles aging anytime soon. Save money and keep your Murbles for long!

Now that you have your Murbles with you let’s learn how to play!

Now that we know the basic and official rules of Murbles let’s now look at some tips and tricks that can help you win this game.

Master these tricks and dominate the play!

Tip 1: Confused about starting the game? Just use the dump method!

If you get confused while starting the game, you can rely on the dump method. This simple technique requires you to dump the whole Murble bag. All the participants will now have to pick the preferred color before dumping the Murbles.

The player whose ball color gets closest to the target ball starts the game.

When playing Murbles, you should utilize the ground level to your advantage. You can easily take control of the target ball when the ground is in your favor. As we mentioned above, users will not be able to move once the game has started. Thus, you can use the terrain to toss your game ball to your opponent’s disadvantage and make their shot a little more difficult.

Remember, the points are calculated once the last ball is played. We recommend you not hurry up and pick your Murbles as there can be a tie in the game. Be patient and keep an eye out for the points!

Tip 5: Know Your Way With Balls

We recommend you practice a little bit and find out what methods work best for you. You can try out various methods to throw the ball and choose the one that suits you the best.

Tip 6: Measurement Is The Key

The game is all about the distance between the game balls and target balls.

If balls are close together, you can measure the distance by using a twig or string.

Else, if they are far apart, you can use different methods to find the distance – for example, toe-to-heel measurements.

You can get creative with your choice of measurement, but they should be standard throughout the game.

Terrains with an irregular surface are the best for playing Murbles. All of the players have equal chances of winning!

It will also be hilarious, thrilling, and exciting! Don’t worry about the Murbles getting in water – they are buoyant!

After playing your Murbles, they might get dirty. So, we recommend you wash your soiled Murbles with dish soap and warm water.  Or just toss them in your dishwasher!

We hope this article helped you understand the rules of Murbles. Step up your Murble game and defeat everyone!