It all started back in 1979 when Murray Kramer played horseshoes with a retired gentleman who lived next door. For two years, Murray tried to win a game of shoes, but he couldn’t…. so he decided to make his own game, a game that anyone could play and WIN!!!

His game is loosely based on the ancient European game called Bocce. “Murbles” (Murray’s marbles) however, are sized right, lighter, more dynamic, exciting and made for the whole family to play. Murbles do not require any flat dedicated playing court or set-up, so the game can be played almost anywhere. Just dump and play. It’s just that easy.

When playing Murbles, speed, agility and even skill are not required assets. Instead, the players determine the pace and distance the game is played. This makes it an ideal game for kids, teens, adults and grandparents alike. Murbles come in a heavy duty canvas carrying bag with the game rules conveniently printed right on the back of the bag.

Murbles are a perfect game for family reunions, picnics, camping, the beach, tailgating or just hanging out in the back yard.

Murbles are proudly American-made with a focus on quality and craftsmanship. Murbles are injection-molded 3-inch diameter solid, high-density plastic balls that weigh ½ pound each. They are available in 20 popular colors, so players can customize their sets to match their school colors, sports team or their favorite colors.

The standard game is made to be played by 2 players, however, larger sets are available for 3, 4, 8 and 16 players. 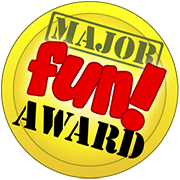